Derby County starlet Malcolm Ebiowei wants to stay at the club according to his manager, Wayne Rooney. Manchester United legend Wayne Rooney talked about Ebiowei in his pre-match press conference ahead of the final game of the season for the Rams as he responded to reports linking the young winger to the Premier League. Ebiowei has been linked with the Premier League duo of Tottenham Hotspur and Leeds United ahead of this summer’s transfer window. 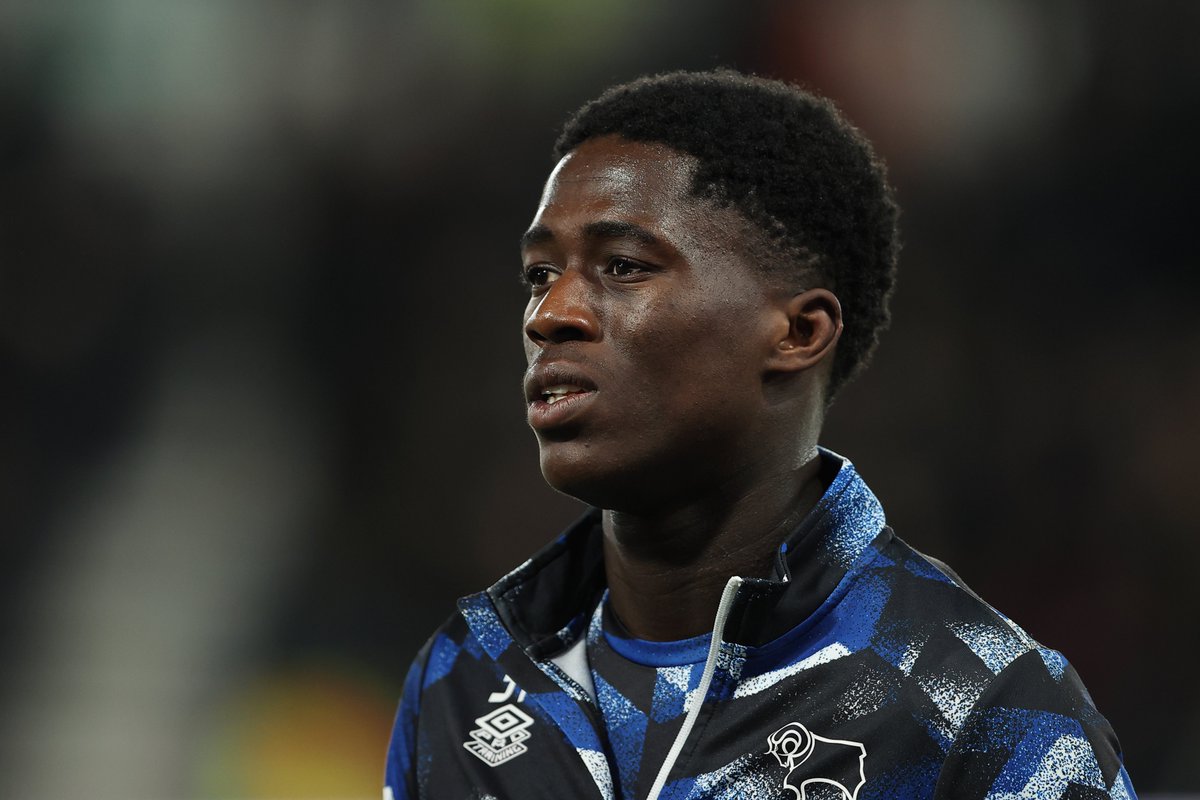 Wayne Rooney has watched the rapid rise of 18-year-old Ebiowei at Derby County this season. The young winger previously played for the youth teams at Arsenal and Rangers before signing for Derby County last year. He has one goal in 15 league appearances for the Rams since making his debut during the home win over Hull City in February.

Ebiowei came on as a second half substitute for fellow young attacker Luke Plange during the 3-1 win at home to the Tigers. He entered the game in the third minute of second half added time. He scored his first professional goal in the colours of Derby County during the 2-0 away win over Blackpool last weekend. Ebiowei scored the opening goal of the game on 73 minutes before defender EiranCashin added a second goal nine minutes later to seal the win for a Derby County side whose relegation to League One has already been confirmed.

Derby County boss Wayne Rooney told reporters during his pre-match presser ahead of the home game with Welsh team Cardiff City that Ebiowei has told him that he wants to stay at the club amidst the reports of interest from Leeds United and Spurs. The Sun revealed the interest of both Spurs and Leeds in the young attacker.

Rooney is keen to keep Ebiowei and the other players ahead of the club’s campaign in League One next season.