Kurt Zouma unsure regarding his future after Everton loan

French defender Kurt Zouma has said that he is unsure what the future will pave for him. The 24-year-old joined the Toffees on a season-long loan from Chelsea last summer and he has since proved a huge hit with the Merseyside outfit, where he has regularly partnered Michael Keane at the heart of the backline. 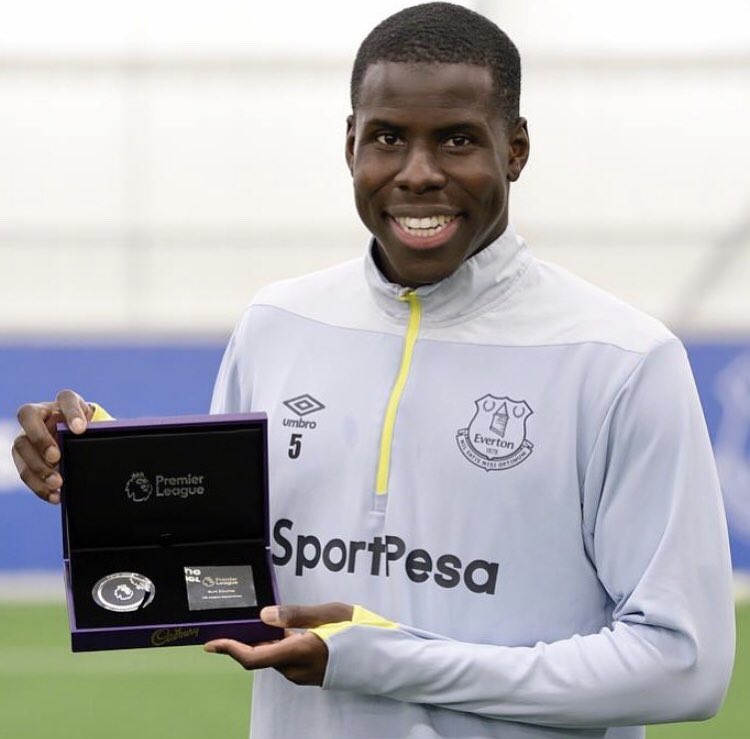 In a report covered by The Mail, Zouma acknowledged that he has no idea regarding his future beyond the current campaign, he said: “I don’t know yet [what will happen in the summer]. We have five more games to play and then we will see. I am very happy. My aim was to come and play and improve myself and I think I have done here. I hope we will finish the season very high.”

At the beginning of the season, Zouma revealed that he has a long-term contract with Chelsea and he would prefer to return to the Bridge at the end of the season. In that case, he could stand the chance of receiving some game time, considering Gary Cahill could leave the club on a Bosman while the Blues are presently going through a transfer embargo.

Still, they are reports suggesting that the Toffees may make an attempt to prise him away from the west London club when the transfer window reopens. The Merseyside outfit have shown a change in transfer stance with marquee signings over the past few seasons and it is claimed that they could be prepared to pay around £30m to lure the Frenchman from the Bridge.

Zouma has played a huge role in the Toffees’ revival during the backend of the campaign and they have bagged 13 points from the previous six matches. The run has included strong performances against Liverpool, Arsenal and Chelsea, though Zouma did not feature in the latter of those matches as he was ineligible to face his parent club.

Everton manager Marco Silva insists his team are not inconsistent